A tropical low or tropical rainstorm has formed north-northwest of Darwin and can strengthen as it is expected to drift southward over the next couple of days. 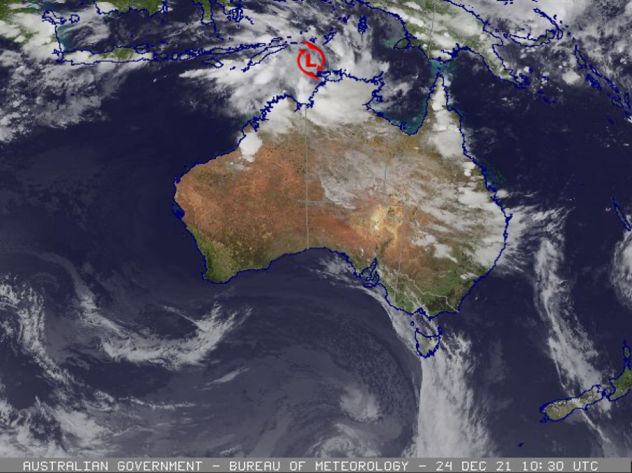 There is a low chance that this rainstorm can become a tropical cyclone before striking the west coast of the Top End Saturday night or Sunday, local time. The timing and track of this feature differ on the latest modeling. The ECMWF model (orange arrow) is farther south and slower to turn east than the GFS (yellow arrow). We are leaning closer to the slower ECMWF model idea. 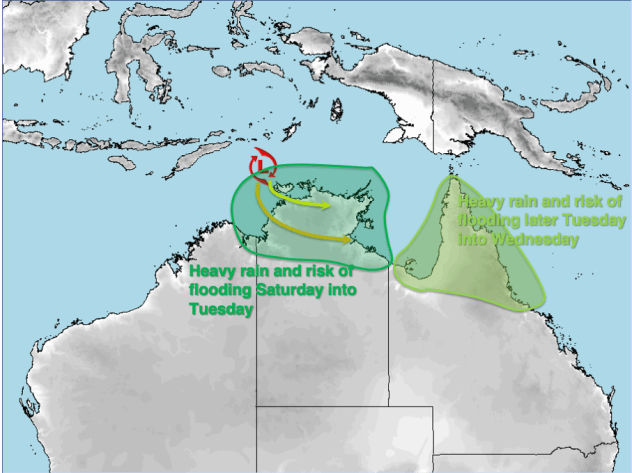 If the low center can move over the warm waters of the southern Gulf of Carpentaria early next week, it can strengthen and possibly reach tropical cyclone intensity. Regardless, this feature can bring heavy rain and the risk of flooding to northern Queensland Tuesday into Wednesday, local time. Rain could reach northern Queensland later Monday into Tuesday, local time, if the quicker GFS idea is correct. 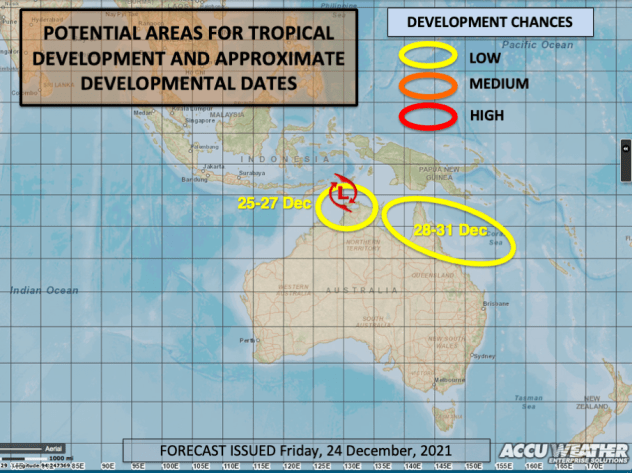 The rainstorm can eventually push into the Coral Sea later next week where there is a chance for strengthening as it tracks south-southeastward away from Australia.