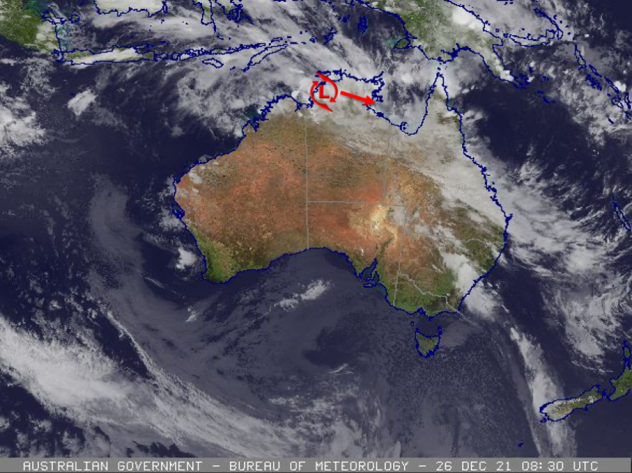 The rainstorm is expected to push into the Gulf of Carpentaria later Tuesday with a low chance to become a cyclone over the warm Gulf waters before reaching the Cape York Peninsula later Wednesday, local time. Regardless of intensity, this system will bring heavy rain and the risk of flooding to the Cape York Peninsula from Monday night or Tuesday into Thursday, local time. 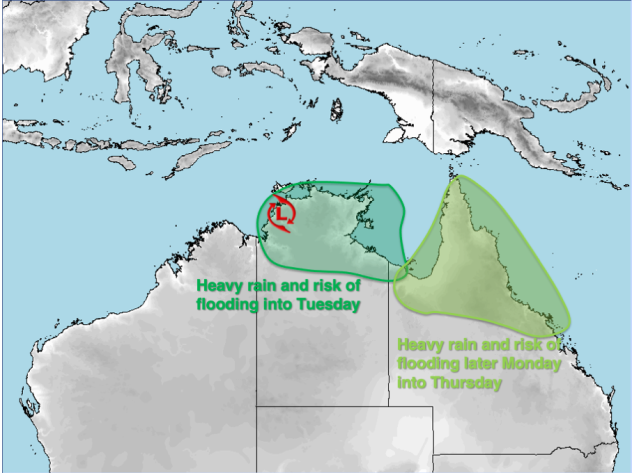 Rainfall across the Top End and Cape York Peninsula is expected to total a general 2-4 inches (50-100 mm) with an AccuWeather Local StormMax™ of 12 inches (300 mm). Gusty winds are possible along the path of the rainstorm, but flooding will likely be the main concern. 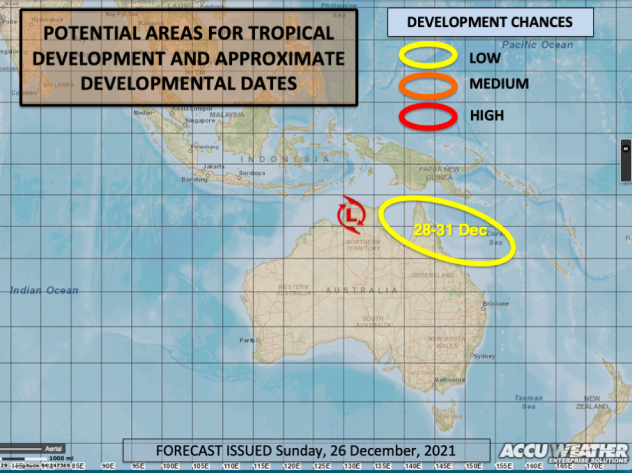 If the system fails to reach cyclone intensity over the Gulf of Carpentaria, there is a low chance it can become a cyclone over the Coral Sea late in the week. At this point, there is some model disagreement as to the path of the storm, the European model shows a drift southward along the coast, while the GFS drifts eastward. If the system remains close to the coast as the European shows, there could be prolonged rainfall and high surf along the east coast of Queensland into New Year's weekend.