Winter is rapidly approaching much of South America, so what are we expecting? One of the big factors we are looking at this winter, much like winter of 2021, is La Nina. 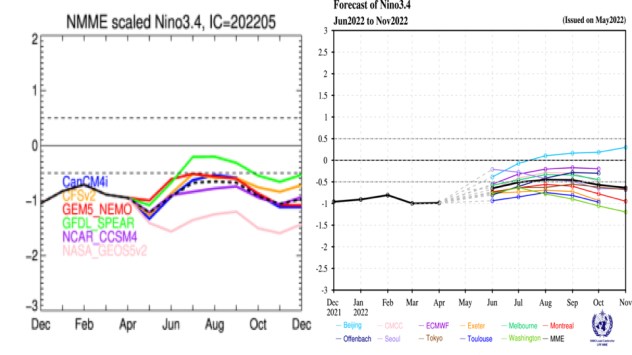 La Nina conditions have carried through most of the autumn, but they are past peak intensity. Additional gradual weakening of the La Nina is expected during winter, and water temperatures may technically reach neutral ENSO levels by July. However, La Nina conditions can return during spring as conditions look to continue favoring healthy trades in the central and western equatorial Pacific. Even if water temperatures technically return to neutral levels the atmospheric response will be slower to respond so weak La Nina atmospheric conditions should carry well into winter. 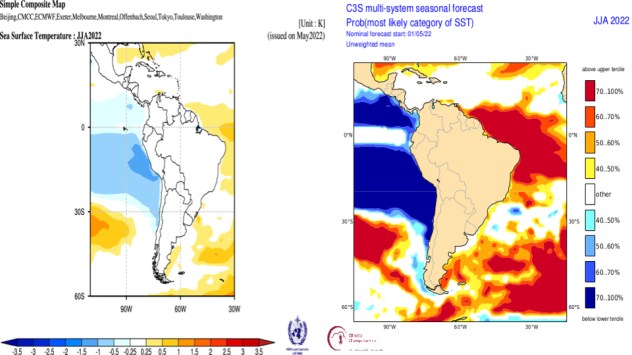 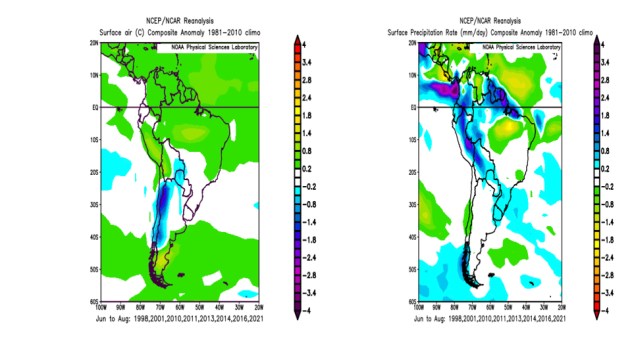 Our analog years, shown above, have some notable differences from the many of the climate model ensembles, shown below. The most notable of these differences are over the croplands in southeastern Brazil into Uruguay where the analogs look wetter than usual while most climate models are favoring drier conditions. 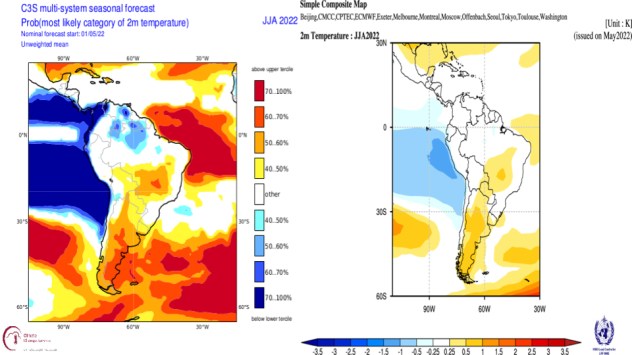 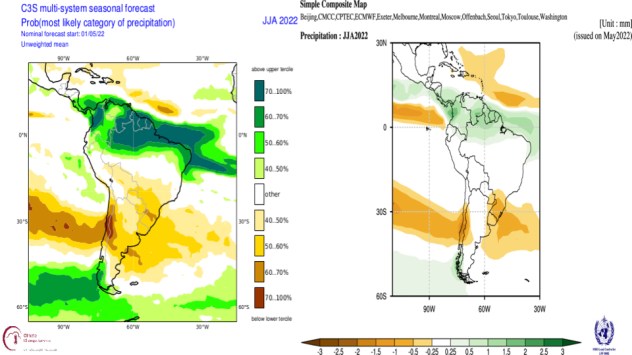 Taking everything into account our winter outlook for South America is below. There are some similarities to a typical La Nina pattern, but we are also taking into account other teleconnections as well as sea-surface temperatures around the continent. 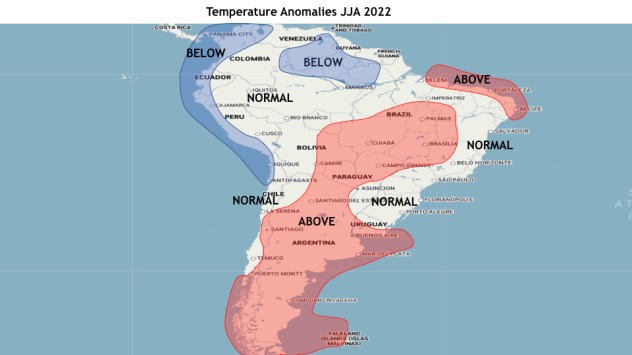 We are expecting a large area of above-normal temperatures across much of Argentina into portions of Uruguay, Paraguay, eastern Bolivia and central Brazil. Warm waters off northern Brazil can far above-normal temperatures in northeastern Brazil. Cool waters off the Pacific coast of Chile and Peru into Ecuador should hold temperatures near to below normal from the central and northern coast of Chile to Peru, Ecuador, Colombia and Venezuela. However, interior portions of central Chile, including Santiago, will likely have warm spells and should overall be warmer than usual. The warmth in central Chile may be aided by dry ground and the ongoing drought.

Despite the warmth we are forecasting in northern Argentina and Uruguay, there is still a good chance for a couple of cold shots into the Pampas of Argentina into Uruguay, including Buenos Aires and Montevideo, especially around midseason. Some cold can sneak into southeastern Brazil later in the winter with only a very low chance for a frost or freeze into the coffee areas in late July or early August. 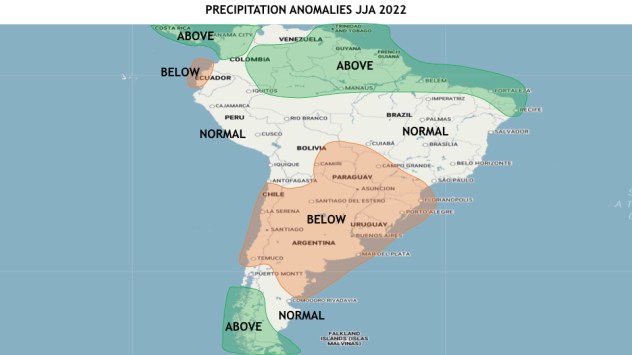 Precipitation will be below normal across northern and central Chile into central and northern Argentina to Uruguay, Paraguay and southern Brazil as is typical with La Nina conditions and the expected cool waters off Chile. Despite the overall dry look, there is still a small chance for a snow event into parts of the Pampas of Argentina, mainly south and west of Buenos Aires.

Meanwhile, we are still expecting an active storm track into southern South America which can result in near- to above-normal precipitation over southern Chile and southern Argentina with ample snow possible over the southern Andes. The central Andes may struggle more than areas farther south, but they will still have a few opportunities for snow with a chance for normal snowfall in the ski areas for the season as a whole. Warm waters off northern South America may help again favor a wetter-than-usual winter from Costa Rica, Panama and Colombia to French Guiana and far northern Brazil, while cool water off Ecuador can result in parts of Ecuador being drier than usual. Central Brazil into Bolivia and Peru should be seasonally dry.