Meteorological summer in South America is just around the corner, so what do we expect for the upcoming season. Before jumping into the outlook let us take a look at the El Niño Southern Oscillation (ENSO) as this teleconnection can have a significant impact on the weather in South America. 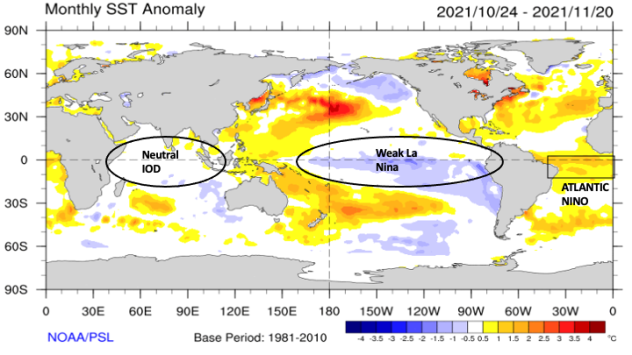 In the equatorial Pacific, La Niña conditions have returned according to NOAA and the Australia Bureau of Meteorology. A weak to marginally moderate La Niña is expected through the upcoming summer, but likely peaks in strength in the early to middle part of the season. There is a small chance the classic La Niña transitions to more of a central Pacific-based La Niña late in the season which can change impacts some heading into spring. 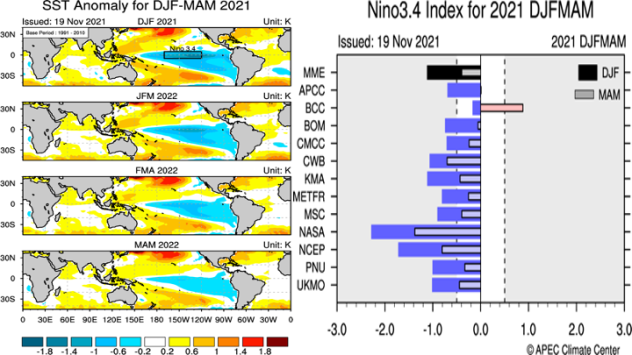 La Niña conditions will certainly influence the global pattern over the next few months, but will not be the only factor, so we are expecting some deviation from traditional La Niña impacts. Taking a look at several factors we came up with our analog years. The composite upper-air pattern, as well as temperature and precipitation anomalies for our analog package, can be seen below. 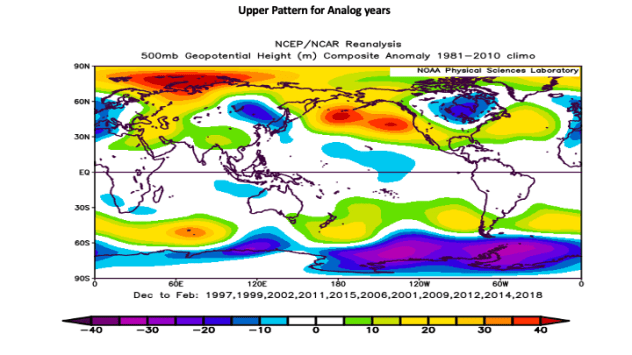 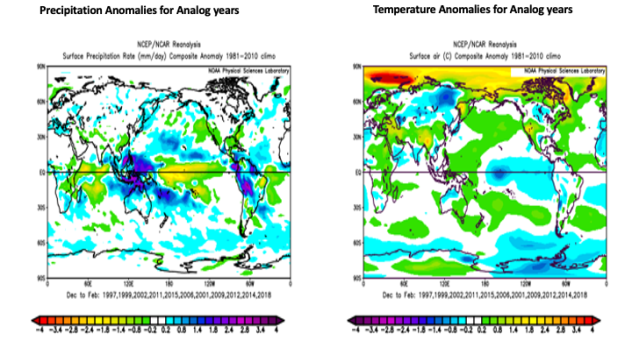 A brief look at some climate model ensembles we can see some similarities and differences between our analog package and the recent modeling. The main similarity is the dry anomalies in northern Argentina into Uruguay, but there are marked differences in rainfall anomalies across Brazil. The analog years are also not as warm across northern Argentina and Uruguay into Paraguay and parts of southern Brazil. 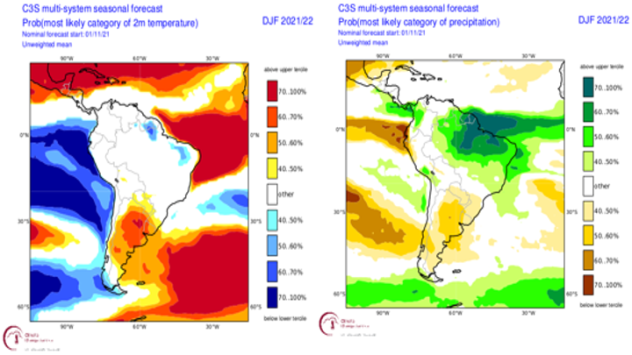 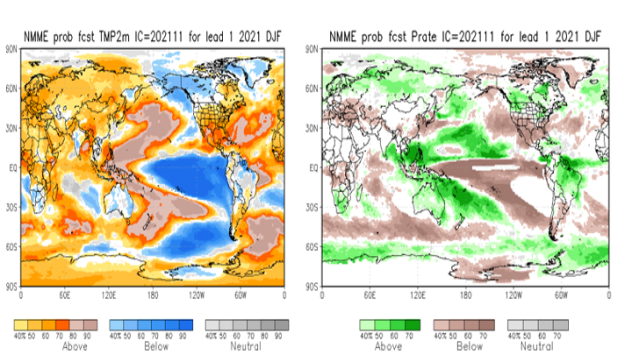 Taking everything into consideration, here is our summer outlook for South America. 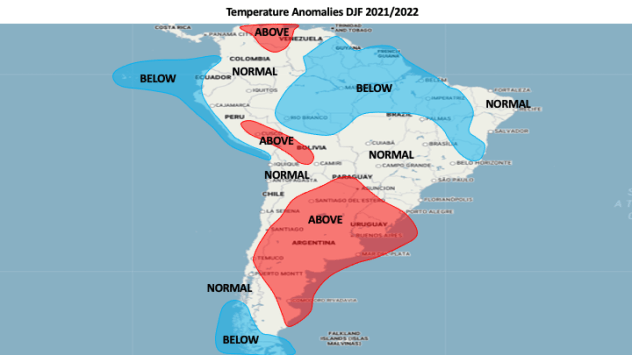 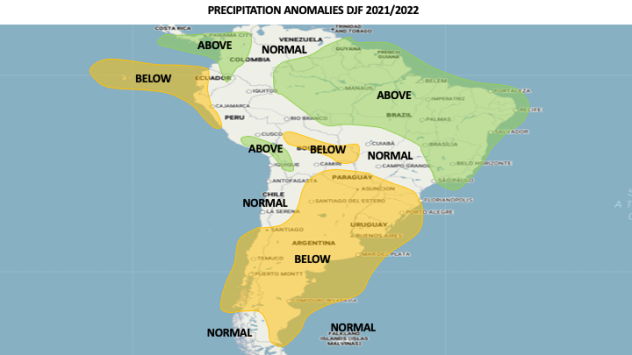 As is typical with La Niña conditions and the cooler-than-usual waters off much of the Pacific coast we are expecting below-normal rainfall in western Ecuador into coastal Peru, as well as much of central into southern Chile. Northern Chile will be typically dry, while occasional thunderstorms in the mountains of southeast Peru, western Bolivia and the foothills of the Andes in northwest Argentina can bring these areas near- to perhaps above-normal rainfall.

La Niña conditions tend to also favor a drier-than-usual regime from Paraguay, Uruguay and southern Brazil to northern and central Argentina, which is what we are forecasting. These same areas are also expected to be prone to heat waves with temperatures overall expected to average above normal across these areas for the season. The combination of dry weather and heat in these croplands can lead to stress on corn, soybeans and other summer crops, which can result in lower crop yields.

Croplands farther north in Brazil should fair better as far as rainfall with normal rainfall expected in Parana, Sao Paulo and Mato Grosso Do Sul and above-normal rainfall possible farther north across Brazil to Guyana, Surinam and French Guiana. Temperatures in these areas are expected to average near to slightly below normal, which along with adequate to excessive rainfall across the croplands in Brazil should favor good crop yields in these areas.

Cool waters off the Pacific coast can result in temperatures averaging slightly below normal toward the coasts of Peru and Ecuador. These cool waters can result in temperatures averaging close to normal in northern and southern Chile, as well as near the coast of central Chile. However, interior parts of central Chile, including Santiago, are expected to average warmer than normal with a few rounds of heat possible.