Autumn 2021 has been milder than normal across much of eastern Asia through October, but the first significant shot of colder air is expected to push into the region around Sunday and Monday. 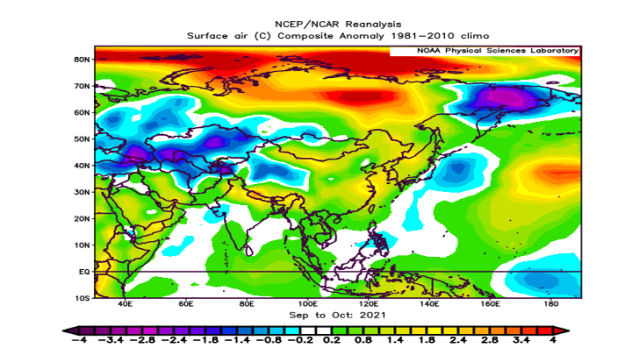 A strong ridge of high pressure over south-central Russia, near northern Kazakhstan, has built up a pool of cold air from central and eastern Kazakhstan into Siberia. This cold pool has set up a strong thermal gradient over far western Mongolia and far northwest China with a strengthening cold front along this gradient. 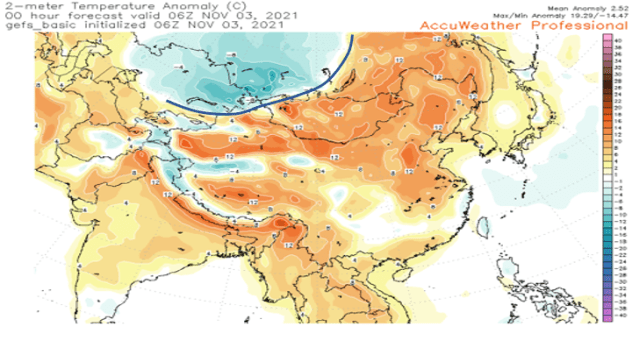 A strong upper trough aloft digging southeastward will help drive this cold front eastward and southward across China during the next few days. The cold front is expected to reach northeast China Saturday night, local time, and then it will push southward across the rest of eastern Asia on Sunday, local time. 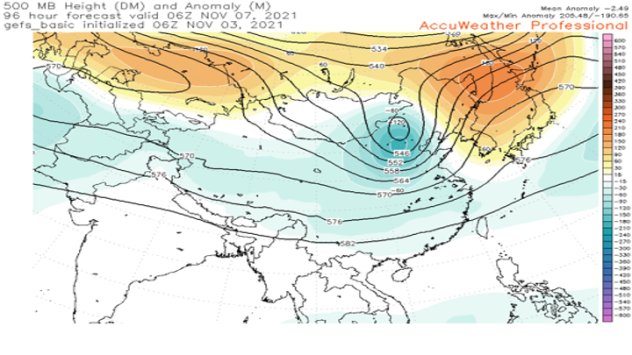 Rain will fall in Beijing ahead of the cold front Saturday into Saturday night, local time. As the cold air behind the front catches up with this moisture, the rain can change over to a period of snow around Beijing and northeast China late Saturday night into Sunday morning, local time. 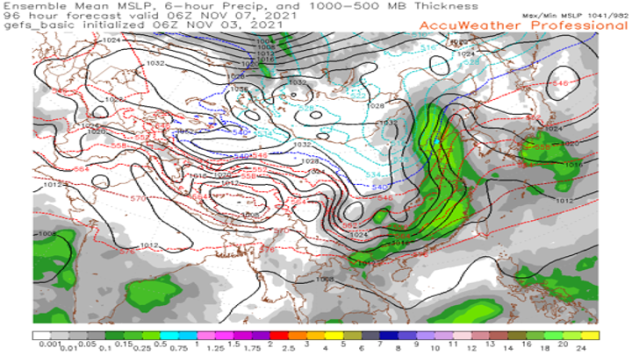 How much snow falls in northeast China will depend on the amount of moisture still around by the time the cold air arrives. However, there is a chance for enough snow to bring a light snow accumulation to non-paved surfaces in the city of Beijing with heavier accumulations expected north and east of the city. The heaviest accumulations are expected over the higher elevations north of Beijing where snowfall of 15-30 centimeters (6-12 inches) is possible from later Saturday night into Sunday, local time. 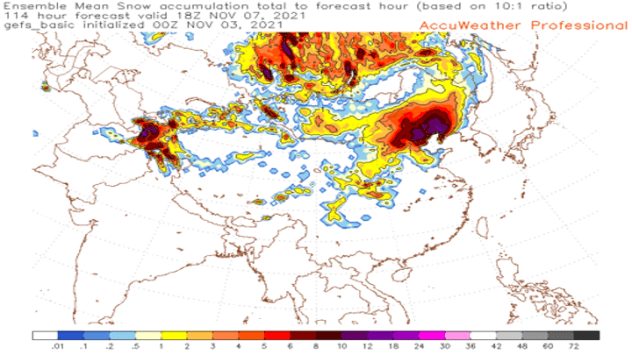 In addition to the chance for the first snowflakes of the season in Beijing, the cold front is expected to bring the city their coldest weather of the season on Sunday. Temperatures on Sunday are unlikely to rise much from their minimum late Saturday night/early Sunday morning, local time, with a very good chance that the maximum temperature in Beijing on Sunday remains below 4.4 degrees Celsius (40 degrees Fahrenheit). 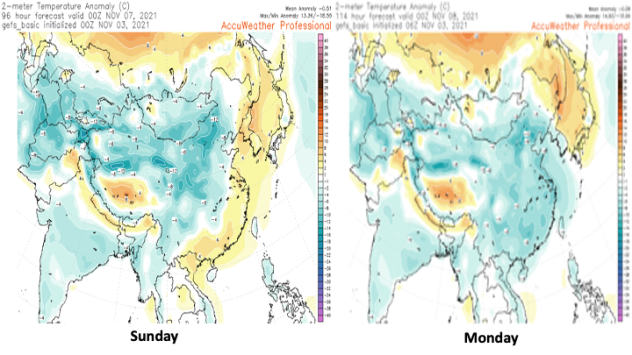 The cold air will advance southward Sunday, likely reaching Shanghai and Hong Kong Sunday night and Monday. The coolest day in these areas as well as the Korean Peninsula is expected to be on Monday. Temperatures can moderate slightly across eastern China and the Korean Peninsula during mid- to late-week next week but will likely remain below normal into next weekend. 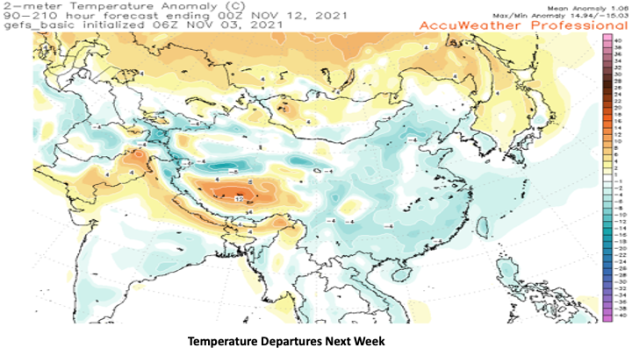