The State of the Climate 2021 report for the Arctic was recently released by the American Meteorological Society and was authored by Richard Thoman from International Arctic Research Center, University of Alaska.

In this blog, I will cover the latest information on the state of the Arctic Sea ice and the long-term trends. 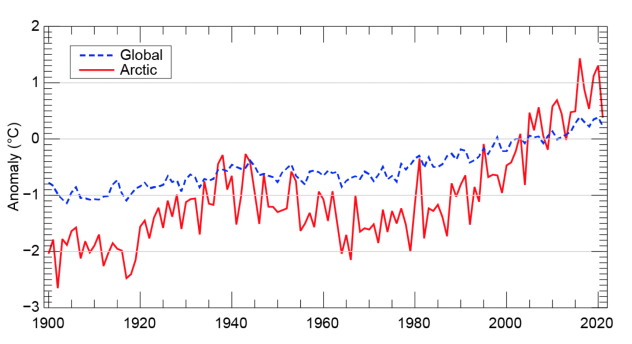 Image courtesy of the Met Office.

As you can see, the Arctic region has been clearly warming at a faster rate compared to the rest of the world since the 1980s.

In terms of Arctic Sea ice extent, the region normally reaches its annual maximum extent during the month of March and its minimum during September.

The graph below shows the annual sea ice extent maximum (black solid line) and minimums (red solid line) going back to 1979 with trend lines indicated by the dashed lines. These anomalies are measured against the 1981-2010 average. 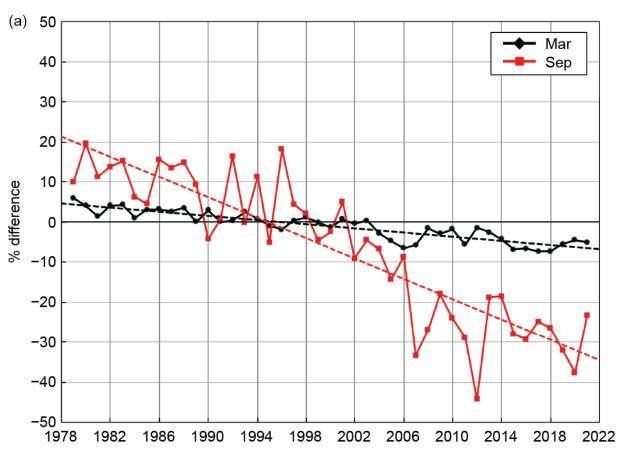 Image courtesy of the AMS.

Other critical measures of the health and stability of sea ice are the age and thickness of the sea ice.

In the Arctic, there has been a significant decline in thicker, multi-year ice, which is able to survive through the summer months compared to the thinner, single-year ice, which will completely melt out during the summer. 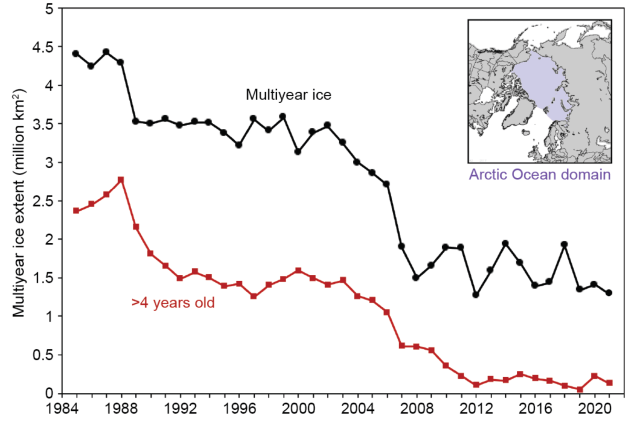 Image courtesy of the AMS

Over the past 10 years, thick sea ice that is older than for years has made up just a small percentage of the total amount of sea ice in the Arctic.

The graphic below is striking. It shows the estimated sea ice extent and age by different colors during the late summer of 1985 and 2021. 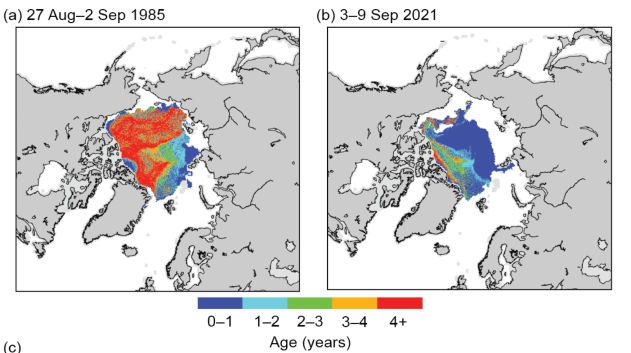 Image courtesy of the NSIDC.

The yellows and reds show the thicker, multi-year ice, while the blues shows the thinner, 0-2 year ice. Quite a change!

For more detailed information, here is the link to the State of the Climate in 2021....the Arctic.