Zara Rutherford became the youngest woman to complete a solo flight around the world, doing so over the span of five months.

Teen pilot Zara Rutherford became the youngest woman to complete a solo flight around the world last week when her plane touched down in Belgium on Thursday. Rutherford, 19, completed the journey in a Shark ultralight aircraft, an aircraft that can reach speeds of up to 186 miles per hour. In her five-month trip, she flew over 52 countries and five continents, logging approximately 32,000 miles (51,000 km). 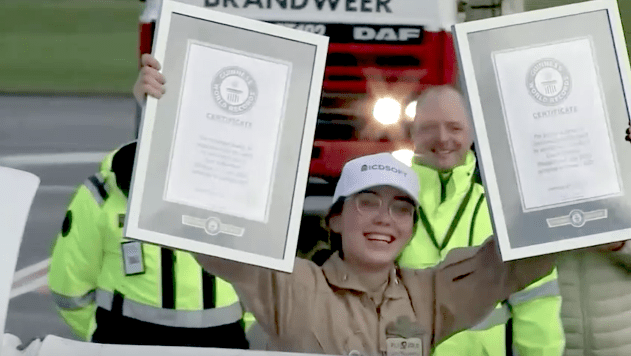 After a five-month, 32,0000-mile journey, Zara Rutherford, 19, became the youngest woman to complete a solo flight around the world. (Reuters)

The teen beat the previous record held by Afghan-American Shaesta Waiz, who was 30 when she set the record in 2017. The youngest male record-holder, American Mason Andrews, was 18 when he completed the incredible feat in 2018.

“Bravo!!! I can’t wait to connect with you soon to share my joy and excitement with you,” Waiz said on Instagram and shared a photo of them together. “I also cannot wait to hear your stories and strength along your journey. You have inspired so many people, especially me!” 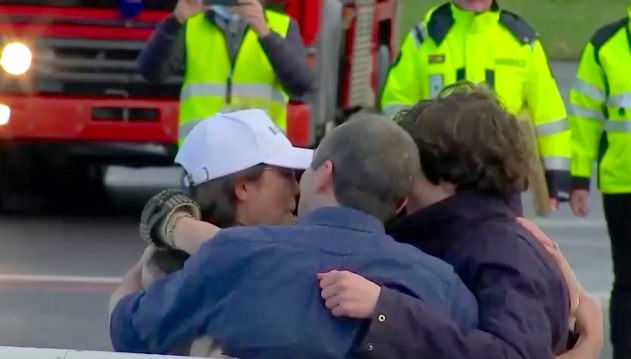 Zara Rutherford, 19, hugs her family after landing her Shark Aero ultralight plane at the Kortrijk-Wevelgem Airport in Belgium. (Reuters)

Rutherford was greeted by cheers and applause when she landed her Shark Aero ultralight plane, the world's fastest microlight, on the tarmac at the Kortrijk-Wevelgem Airport in Belgium on Thursday.

“I wasn't expecting so many people. It's really nice seeing so many friendly faces," she told Reuters. "It’s just really crazy. I haven’t quite processed it.”

Processing the incredible feat and all that occurred may take some time. Rutherford's journey was beset by weather delays right up until the very end as she crossed Germany into her home country of Belgium.

"Coming out of Frankfurt, there was lots of rain, lots of snow, but, yeah," Rutherford remarked. "I had to wiggle in some valleys, and I had to wait for a while as well to wait for the snow to clear. But, yeah, it worked out, clearly, because here I am."

Previously, Rutherford spent weeks stuck in both Alaska and Russia because of visa and weather issues.

"It has been challenging," she said in mid-December, speaking to reporters at Gimpo International Airport in Seoul after finally arriving from Vladivostok, Russia.

Rutherford hopes her voyage will encourage girls and women to study and work in STEM (science, technology, engineering and mathematics) subjects and spark interest in aviation. She is planning to start college next year with the dream of becoming an astronaut.

As for what she is looking forward to most after an arduous 155-day journey around the world?

"Well, so I have been waiting for this sandwich from a sandwich shop that's, like, really nearby, and I've been waiting five months to get it so I'm really looking forward to getting it hopefully soon," the teen pilot said.