A state Investigation report said the 16-year-old girl collapsed after running stairs at a football stadium while temperatures hovered between 92 and 97 degrees.

As millions of students go back to school, high school coaches gear up for practice time. There are a couple of things every parent of athletes needs to know to keep their kids safe.

(CNN) -- A school board will pay a $10 million settlement in the death of 16-year-old Imani Bell, an Atlanta-area basketball player whose 2019 death from heat-related injuries led to murder charges against two coaches, the family's legal team said.

The payout from the Clayton County Board of Education, which oversees Elite Scholars Academy outside Atlanta's southern suburb of Jonesboro, will resolve a civil suit filed by the girl's family last year, the attorneys said in a statement Tuesday.

"Coaches now know they will be held accountable -- and the school -- if they don't protect their kids from heat exhaustion," lawyer L. Chris Stewart said during a news conference.

Added co-counsel Justin Miller, "This didn't need to happen, and it never has to happen again."

Part of the money will go to the Keep Imani Foundation, established by the Bell family last year, which aims to provide scholarships, eyeglasses for underprivileged youngsters, and cold tubs for student athletes, Miller said.

"We will particularly focus on the next generation to instill key principles or acts that show you have the power to achieve anything you set your mind to!" the foundation's website says. "We plan to 'Keep Imani' through multiple acts of kindness, programs designed to assist young people, and passing on the positive nuggets she left with us daily!" 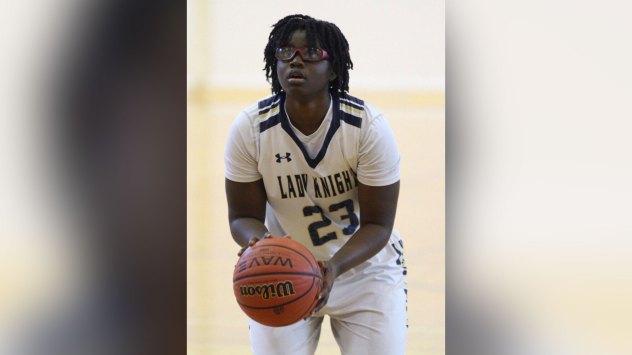 The lawsuit alleged that coaches and administrators at Elite Scholars Academy failed to follow safety guidelines, including the school system's heat index policy. The settlement did not include any admission of wrongdoing, the attorneys said.

The school board did not respond to CNN's request for comment.

GBI: Imani had no preexisting conditions

Imani was taking part in mandatory outdoor conditioning drills Aug. 13, 2019, a Georgia Bureau of Investigation report said, adding the heat index surpassed 100 degrees that day, and temperatures hovered between 92 and 97 degrees. She collapsed after running stairs at a football stadium, the report said.

The cause of death was "hyperthermia and rhabdomyolysis during physical exertion with high ambient temperature," the GBI's autopsy report said. No preexisting conditions were found, the report said.

Hyperthermia is a condition in which the body is dangerously overheated, and rhabdomyolysis is a syndrome in which muscle fibers die, releasing proteins and enzymes into the blood.

In the summer of 2021, a Clayton County grand jury indicted Imani's coach, Larosa Maria Walker-Asekere, and the coach's assistant, Dwight Broom Palmer, on charges of second-degree murder, saying the pair, "irrespective of malice, did cause the death of lmani Bell."

They also were indicted on charges of second-degree cruelty to children, involuntary manslaughter and reckless conduct, court records show.

Both have pleaded not guilty, according to the Bell family's attorneys. The two were released from custody last year after posting $75,000 bail, CNN affiliate WXIA reported. It's unclear from online court records if a trial date is set, but the defendants have filed motions for immunity and to quash the indictment. Hearings are set for December 22 and February 22 in Clayton County Superior Court, the records show.

Walker-Asekere's attorneys denied the criminal allegations and said she "was on her first day as coach of the girls basketball team, and she was relying on the direction of the athletic director and Elite Scholars Academy personnel to conduct this conditioning activity," according to court filings.

When CNN reached out to Palmer last year, a man answering the phone said, "No comment" and hung up. Palmer's attorney did not respond to CNN's request for comment at the time.

"It's refreshing, but at the same time we want to continue to fight for justice," he said.

Miller believes the arrests marked the first time murder charges were brought against coaches accused of negligence, he said. The lawsuit aimed to ensure no other children suffered Imani's fate, he said at the time.

"Coaches will have to think twice about the level they are willing to push athletes to win," Stewart said in announcing the lawsuit last year.