As part of International Women's Day, AccuWeather highlights Christina Koch, who set a record for the longest single spaceflight for a woman -- 328 days. Here's Koch's message to anyone with a dream.

For almost an entire year, Christina Koch watched life on Earth as an outsider, viewing our planet in a way that many have dreamed, but only a select few have done before.

Koch, an astronaut for NASA, made history in the world of science last month after completing the longest spaceflight for a woman ever, setting the record at 328 days.

On Feb. 6, she finally stepped foot back on Earth and since then she has spent time catching up with family, friends, her dog and gravity.

"After 328 days in space, the first six days back on Earth were full of just as much wonder and excitement," Koch said in a press conference. "We all live on a wonderful planet and it's great to be back." 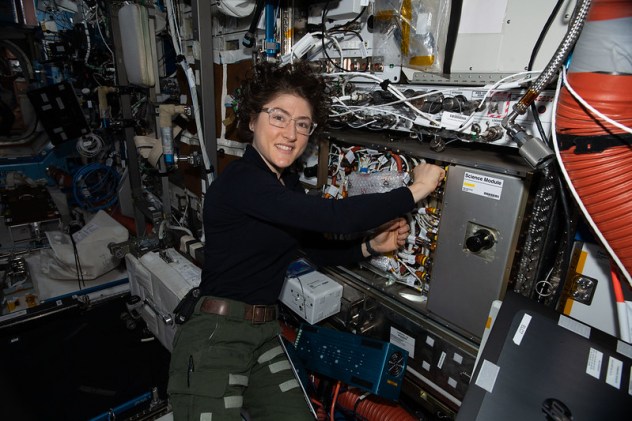 Throughout the mission, NASA said that Koch orbited Earth 5,248 times, which is equal to 139 million miles or 291 trips to the moon and back. It also happened to be her first space flight.

Her mission was the longest continuous spaceflight for a woman and second longest for any U.S. astronaut ever, beating the previous record of 289 days by Peggy Whitson, CNN reported. She now holds seventh place for the longest amount of time in space by American astronauts.

"I also owe so much to the people that inspired me back in the day to get to where I am," Koch said. "If there's any way I can feed that forward to the next generation it's really an honor to do that." 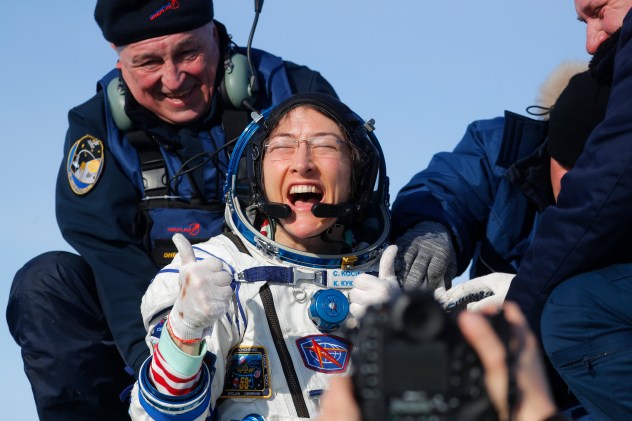 In October, Koch made history on her mission when she was involved in the first all-female space walk. She and fellow astronaut Jessica Meir exited the International Space Station for seven hours to fix a battery component to upgrade the station's power system.

Their spacewalk came after an attempt at an all-female spacewalk in March that was put to a halt when they realized they did not have enough spacesuits in the correct size.

Koch and Meir were both selected to be astronauts in 2013, and they were part of the first astronaut class to be half men and half women. Koch address the assembled media at a February press conference days after her return from the International Space Station. (Image/NASA)

"There are a lot of people that derive motivation from inspiring stories from people that look like them, and I think it's an important aspect of the story to tell," Koch said during a news conference.

"My main message to anyone who has a dream is to follow your passions, be true to yourself and do what you love... live the life that you've imagined for yourself."

The best weather for stargazing NASA's selfie-taking Curiosity rover just gave us a view of Mars unlike any other Want to go to the moon? NASA is now taking new astronaut applications Meet Gladys Mae West, the hidden hero behind the system billions rely on today

NASA said during her time at the International Space Station (ISS), Koch conducted a total of 11 spacewalks, three of which involved only women.

Combined, Koch spent 42 hours and 15 minutes outside of the station during her space walks. 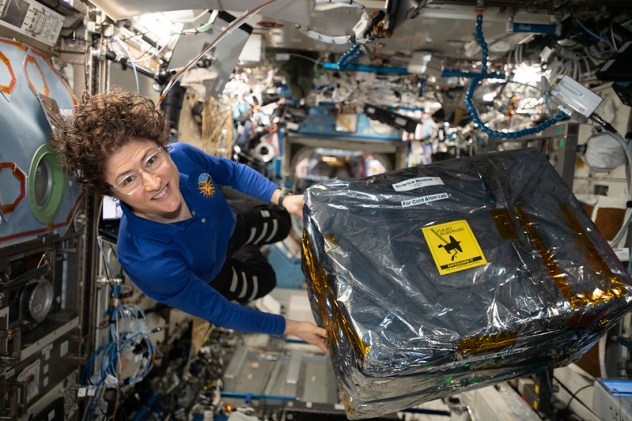 While on her record-breaking mission, she participated in experiments that will help NASA to understand the effects of long-term space travel on women. NASA says her contributions will be beneficial as they prepare to land their first woman on the moon and prepare for the human exploration of Mars.

"I think it's important because of the historical nature of what we're doing and that in the past, women haven't always been at the table," Koch said after the spacewalk, according to CNN. "It's wonderful to be contributing to human spaceflight at a time when all contributions are being accepted, when everyone has a role and that can lead, in turn, to increased chance for success."

Space travel was a lifelong aspiration for Koch, who wanted to be an astronaut since she was five, CNN reports.

Throughout her space journey, Koch updated her hundreds of thousands of Twitter followers by sharing images of Earth from space. Since coming back to Earth, Koch has been sharing some of her experiences with readjusting, as well her dog's reaction to reuniting.

Not sure who was more excited. Glad she remembers me after a year! pic.twitter.com/sScVXHMHJn

"The strangest thing about coming back to Earth is what is easy and what is hard," Koch tweeted on Feb. 28, explaining that her upper arm strength has improved and she is able to do more pull ups than before, but she still struggles to stand with her eyes closed.

The strangest thing about coming back to Earth is what is easy and what is hard. I may be able to do more pull-ups than before flight, but standing with my eyes closed is still a challenge. Luckily my trainer understands that balance exercises in the sun is the best therapy! pic.twitter.com/vhLc5xjSxz

According to CNN, even though Koch now has a number of records under her belt, she doesn't "keep score," and looks forward to more women breaking her records in the future.

"I've always said about any record that you set, my biggest hope is that it's exceeded as soon as possible," she said. "That means that we're pushing the boundaries, more people are living up to their dreams and their potential."

Through the Artemis program, NASA plans to put a woman on the moon by 2024.

"I will probably at least know the first woman to walk on the moon," Koch told CNN after completing her spacewalk. "They will carry the hopes and dreams of everyone to explore with them."