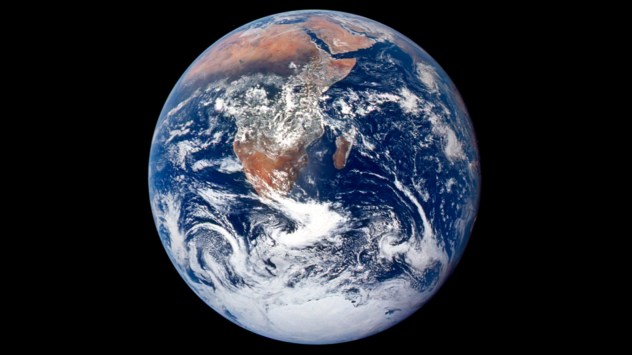 The Apollo 17 astronauts captured the iconic "Blue Marble" photo as they journeyed to the moon. (NASA)

(CNN) -- On Christmas Eve in 1972, humanity received a gift: A portrait of the Earth as a vivid globe.

Clouds swirl over the vast African continent and south polar ice cap, all set against the deep blue of our world's oceans.

The iconic photo, known as "Blue Marble," was taken by NASA astronauts Eugene "Gene" Cernan, Ronald Evans and Harrison Schmitt on December 7 using a Hasselblad camera and a Zeiss lens, about 45,000 kilometers (28,000 miles) away from home, as the Apollo 17 crew made its way to the moon.

The detailed image of our planet, framed against the black void of space, captured the awe of spaceflight in a single frame. (When asked which individual should take credit for clicking the shutter, the astronauts demurred.)

It's called the "overview effect," the unique vantage point astronauts have of Earth as a planet against the vast backdrop of the universe. Many astronauts have said they feel more protective of our home and its thin atmosphere, both of which appear so fragile from space, after gaining this perspective. 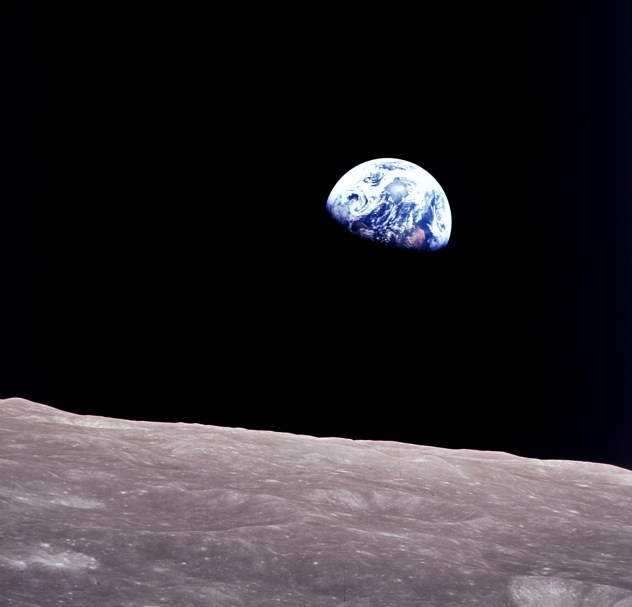 The famous "Earthrise" photo was captured during the Apollo 8 mission. (NASA)

The Apollo 17 crew didn't set out to capture such an iconic image, said Stephen Garber, a historian in NASA's history division. Nor was it a key component of the mission plan.

But since the Gemini program in the 1960s, NASA had ensured all astronauts were trained in photography to capture images that could communicate the experience — and majesty — of spaceflight to the world, said Teasel Muir-Harmony, Apollo curator at the National Air & Space Museum.

"It was part of this larger awareness of the value of images, not just in terms of science, but also in terms of culture and politics and all the other aspects that motivated the decision to take cameras into space in the first place," she said.

The moment harkened back to another Christmas Eve, four years earlier, when the Apollo 8 astronauts — Frank Borman, Jim Lovell and William Anders — became the first humans to orbit the moon and witness "Earthrise" as our planet rose above the desolate, scarred lunar surface.

"We came all this way to explore the moon, and the most important thing is that we discovered the Earth," Anders famously said. 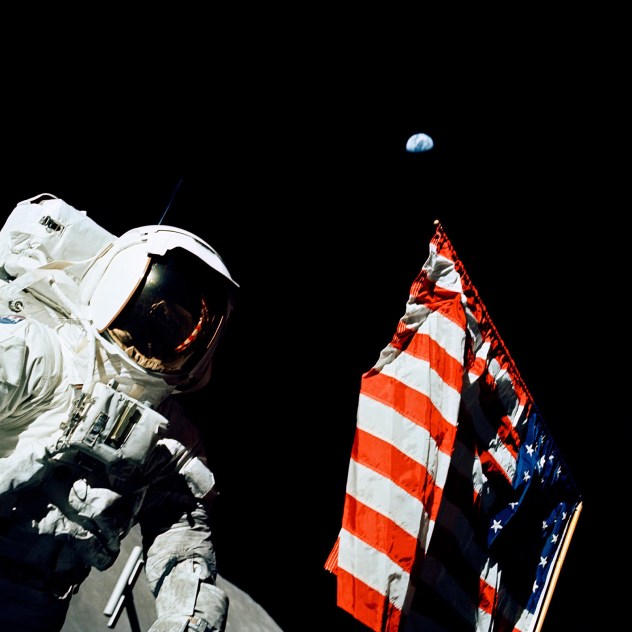 Astronaut Harrison Schmitt stands by the American flag during a moonwalk during Apollo 17, with Earth in the background. (NASA)

The first photos taken of Earth by humans during the Apollo missions have become some of the most reproduced of all time, and 50 years later, their power and influence remain.

The image wasn't splashed across the front page of newspapers around the globe, partly because it faced stiff competition from other news stories.

At the time, American involvement in the Vietnam War was drawing to a close and US President Richard Nixon had launched an intense bombing campaign in an attempt to end the conflict. Former President Harry Truman was ailing and passed away on December 26. Sensational headlines about cannibalism were meanwhile splashed across the world's newspapers following the mid-December discovery of survivors from an airplane crash in the Andes months earlier.

But while "Blue Marble" didn't create an overnight revolution, it came to play an important role in the growing environmental movement.

The first Earth Day had been celebrated on April 22, 1970. Over time, the Apollo 17 photo became the event's banner image and part of the green movement's iconography, Muir-Harmony said. Prior to the "Blue Marble," campaign images had often focused on pollution, gas masks and endangered species.

A self-portrait of humanity

Apollo 17 marked the end of the Apollo lunar exploration program, which was responsible for renewing scientific focus on space exploration while inspiring the public. During pre-flight training, the mission's astronauts said that the program's imminent demise had felt like a "black cloud" over them.

"Everyone working on the program was well aware that this was the last mission, and that really factored into the experience," Muir-Harmony said. 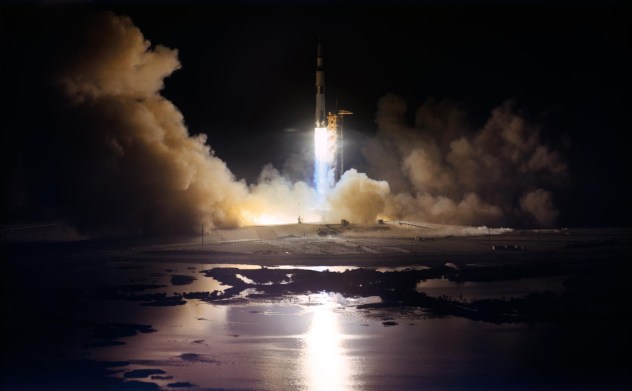 Apollo 17 lifted off in the early morning hours of December 7. (NASA)

Over time, their "Blue Marble" image has become associated with philosophy, the value of exploration and the roles that science and technology play in our society.

"It has incredible resonance," Muir-Harmony said. "The ubiquity of this image is now part of its story."

Her favorite story about the photograph comes from an interview Cernan gave after returning to Earth. He stressed that the image needed to be understood from a philosophical perspective — because it's a self portrait of humanity.

"It gives you a much different sense of the world in which we live, that geographical and political boundaries are really meaningless when you get into space," Garber said. "And I think that's part of what was so special about the 'Blue Marble' photo."