Although the Northern and Southern Taurid meteor showers are minor events producing five meteors per hour, they tend to produce bright fireballs. Look for them on Nov. 4-5 and Nov. 11-12.

The calendar is running out of pages and a new year is less than two months away, but 2021 still has some intriguing astronomy events to offer, including twin meteor showers.

Both the Northern Taurid and Southern Taurid meteor showers peak during the first half of November, and each event will carry the possibility of unleashing dazzling fireballs across the nighttime sky.

November is one of the better months to view meteor activity from the Northern Hemisphere, the American Meteor Society (AMS) said. “While no major activity is expected this month, the two Taurid radiants plus the Leonids keep the skies active.”

While these dates are considered the absolute peak of the showers, both are long-lasting events with meteors streaking through the sky in the weeks surrounding their peaks. This means that people can see meteors associated with the Taurids just about any time during the first two weeks of November.

Each shower offers only around five meteors per hour, but the types of meteors that streak through the sky can be eye-popping.

“The Taurids (both branches) are rich in fireballs and are often responsible for an increased number of fireball reports from September through November,” the AMS explained. 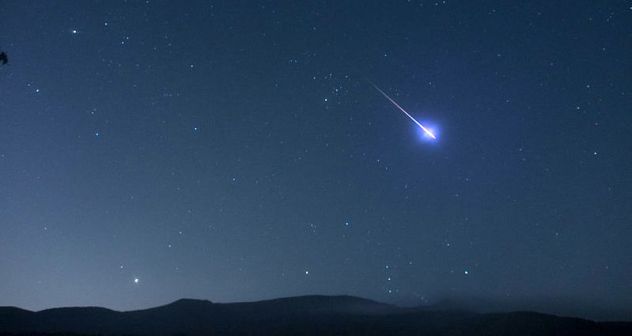 A fireball shines brighter than every star in the sky as it streaks overhead. (Kim MyoungSung)

A fireball is an incredibly bright meteor that can illuminate the entire sky for several seconds before fizzling out. They can even be seen from the heart of a major city where there is often too much light pollution to see dimmer meteors. 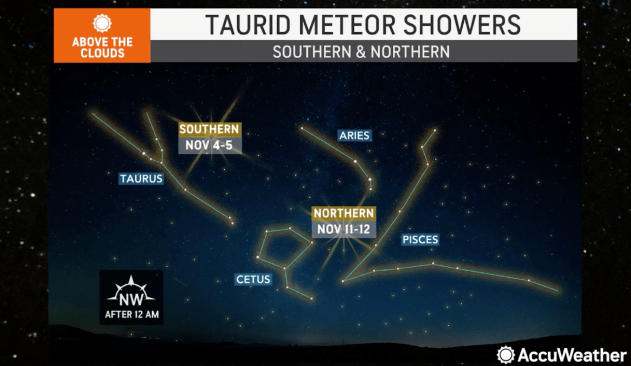 The long duration of the Taurids can allow stargazers to wait for a night with good weather for a chance at spotting some shooting stars, rather than missing the show due to cloudy conditions on peak night.

But after the Taurids begin to fade, there will be another meteor shower to look forward to before December arrives.

The Leonid meteor shower will peak during the night of Wednesday, Nov. 17, into the early morning of Thursday, Nov. 18. The Leonids often offer around a dozen meteors per hour with a few fireballs possible from the waning Taurids.

Scientists discover possible exoplanet outside of our galaxy

Expand your understanding of science with Neil deGrasse Tyson Masterclass