NASA has postponed this week's highly anticipated launch of the Artemis I spacecraft and will not attempt another launch until at least mid-October -- or later.

Sept. 27 (UPI) -- With a powerful hurricane barreling toward Florida, NASA has postponed this week's highly anticipated launch of the Artemis I spacecraft and will not attempt another launch until at least mid-October.

The agency said Monday that it had started moving the $4.1 billion rocket from the launch pad back to its storage hangar at Kennedy Space Center, with Hurricane Ian currently pounding Cuba before it was set to make landfall along Florida's west coast on Wednesday.

"Managers met Monday morning and made the decision based on the latest weather predictions associated with Hurricane Ian, after additional data gathered overnight did not show improving expected conditions for the Kennedy Space Center area," NASA said in a statement on its website. "The decision allows time for employees to address the needs of their families and protect the integrated rocket and spacecraft system." 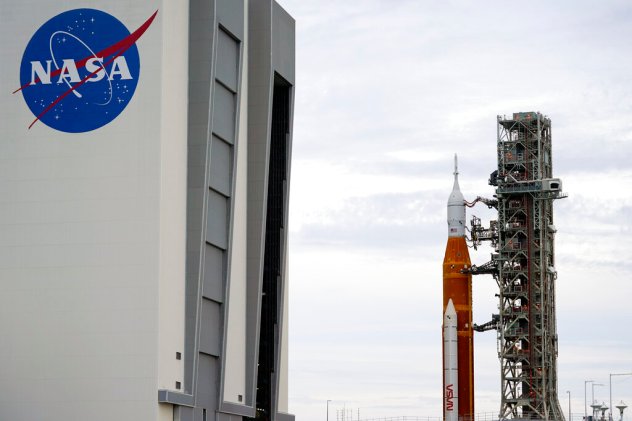 The NASA moon rocket slated for the Artemis mission to the moon rolls back to the Vehicle Assembly Building at the Kennedy Space Center Tuesday, Sept. 27, 2022, in Cape Canaveral, Fla. The launch of the rocket was postponed due to the impending arrival of Hurricane Ian. (AP Photo/John Raoux)

Late Monday night, work crews began the arduous process of rolling the nearly 3,000-ton Space Launch System rocket and Orion spacecraft back to the Vehicle Assembly Building. The 4-mile move from launch pad 39B atop the crawler-transporter appears to have taken more than nine hours to complete.

NASA was live-streaming the event, and by 9 a.m. Tuesday, the rocket was shown upright and traveling turtle-speed toward the hangar.

Officials said they were hopeful that the agency's facilities would ultimately be spared by the storm.

While the rocket is back in its house, teams are planning to conduct routine maintenance to ensure all flight systems are working as expected.

NASA has been eager to launch the SLS rocket with the Orion capsule module atop, but the agency continues to encounter maintenance and weather delays.

The Artemis mission will return American astronauts to the moon for the first time since 1972.

NASA postponed the mission earlier this month after a hydrogen fuel leak twice derailed the launch. 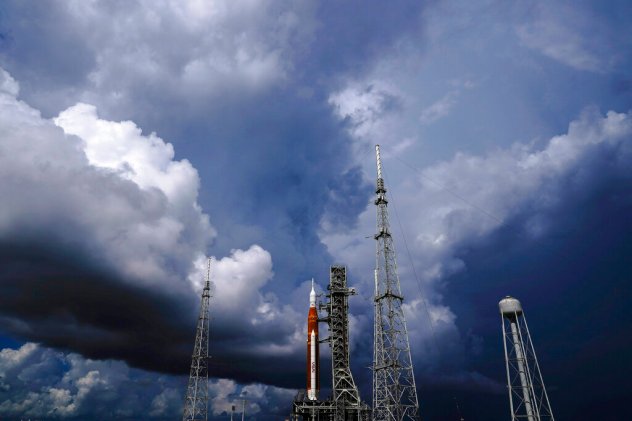 FILE - The NASA moon rocket stands on Pad 39B before a launch attempt for the Artemis 1 mission to orbit the moon at the Kennedy Space Center on Sept. 2, 2022, in Cape Canaveral, Fla. NASA mission managers decided Monday, Sept. 26, 2022, to move its moon rocket off the launch pad and into shelter due to Hurricane Ian's uncertain path. (AP Photo/Brynn Anderson, File)

The agency next eyed a launch window between Sept. 19 and Oct. 4, but the coming storm now means the launch won't happen before Oct. 17, when the earth and moon are in just the right tandem through Halloween.

Once it launches, Artemis I will fly more than a half-million miles to the moon and back over 42 days. The uncrewed mission is designed to test new systems and lay the groundwork for astronauts to return to the moon's surface sometime in 2025.