A research team led by Brigham and Women's Hospital in Boston instead offered certain recommendations for older adults to follow. 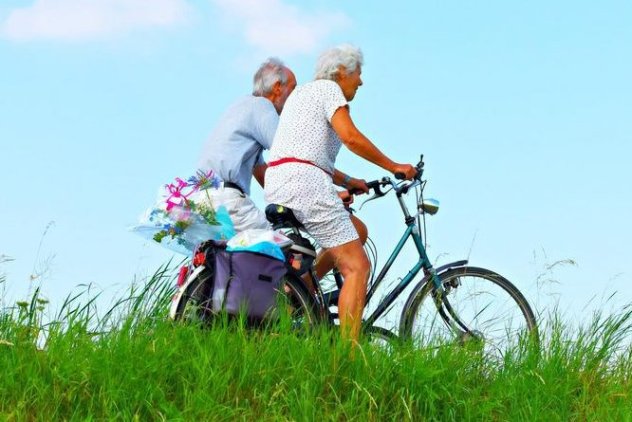 A new study suggests that neither vitamin D3 nor omega-3-fatty acid supplements will prevent frailty, but regular exercise and healthy eating will help seniors age well. (Photo by MabelAmber/Pixabay)

They cited findings from their five-year study that indicated neither anti-inflammatory supplement had any effect on frailty.

According to some estimates, the condition affects up to half of adults aged 85 years and older, making it difficult for them to cope with external stressors and leading to a higher risk of poor health outcomes.

The research team led by Brigham and Women's Hospital in Boston urged seniors to engage in regular exercise and eat a diet rich in plant-based foods, including olive oil, fruits and vegetables, whole grains and nuts -- proven strategies to help age well.

To reach this conclusion, the investigators analyzed data from the VITamin D and OmegA-3 TriaL, known as VITAL, a clinical trial of nearly 26,000 U.S. adults. VITAL is also led by investigators from Brigham and Women's Hospital.

The study was published Tuesday in JAMA Network Open.

Dr. Ariela Orkaby, the study's corresponding author and associate epidemiologist at Brigham and Women's Division of Aging, said the new findings are in line with previous results that don't suggest a role for vitamin D3 or omega-3 supplements in most healthy, community-dwelling older adults.

Orkaby, also assistant professor of medicine at Harvard Medical School, told UPI in an email that "it is possible that our findings are due to the fact that this is a generally healthy, community dwelling group of middle aged/older adults. That said, the role of vitamin D for bone health may be overstated, as other data from VITAL have shown."

According to the researchers, the new findings are in keeping with previous studies that found no significant difference in the incidence or level of frailty with vitamin D3 or omega-3 fatty acid supplements, as compared to a placebo.

Other recent studies have indicated vitamin D does not reduce the risk of getting COVID-19 or other respiratory infections, and, though widely recommended for bone health, don't lower the risk of fractures in healthy older adults.

Dr. JoAnn Manson, director of the main VITAL trial and chief of Brigham and Women's Division of Preventive Medicine, said the new findings "are an important reminder that dietary supplements are not miracle pills or elixirs of youth."

The study's participants --ages 50 and older, none of whom had cancer or cardiovascular disease -- completed questionnaires before the trial began, six months after its start and annually throughout its five-year duration.

Frailty -- being weak and delicate and less able to rebound from acute stresses -- was evaluated via a tool called the Frailty Index by measures including physical function, cognition, mood and general health.

If an individual had hearing loss and arthritis, but no other deficits, they were not considered frail, the research paper noted as an example. They received 2,000 international units of vitamin D3 a day and/or 1 gram of marine omega-3 fatty acids a day or a placebo.

Results did not change significantly after taking such factors as participants' sex, race and ethnicity, body mass index and weekly fish consumption into account, the researchers said.

Dr. Elizabeth Eckstrom, a geriatrician and the lead author for an invited commentary on the new study, said in a news release about the study that frailty in older adults, while common, is not a normal part of aging and can lead to problems including more fractures, hospitalizations and deaths.

Eckstrom, professor of medicine in Oregon Health & Science University's Division of General Internal Medicine and Geriatrics in Portland, also noted the Mediterranean diet, has been shown to reduce the incidence of frailty.

"It is tempting to think one could take supplements, such as omega-3 fatty acid and vitamin D3, and receive similar benefits for frailty prevention, but studies to date assessing the effect of dietary supplements on frailty have shown no benefit," she wrote in her commentary.

Given this, Eckstrom said it is unclear why more Americans don't follow the Mediterranean diet, especially since many of the diet's staples are low cost "and readily available in all neighborhoods." This would include dried beans and lentils, less-expensive greens such as Bok choy, and flavorful vegetables such as onions, garlic, cabbage and squash," she said.

"Much progress could be made toward Mediterranean diet adherence if people in the United States knew how to grow, shop for, and prepare these foods," she said. She also urged better nutritional counseling by healthcare clinicians and within the Medicare program.

Eckstorm said shifting attention "to an active, engaged lifestyle and the Mediterranean diet might improve longevity; reduce heart disease, dementia, and diabetes; and perhaps most important to older adults, reduce frailty and loss of independence."