Two well-known seafood-monitoring groups have revoked their sustainability certifications for lobster hauled in the state and some people are speaking out against the decision.

For many, it’s a delicacy unlike no other. A rare one that’s expensive as a result. The Biden White House even served butter-poached Maine lobster during a State Dinner Thursday evening honoring French President Emmanuel Macron’s visit to the U.S.

But upscale supermarket chain Whole Foods is refusing to sell any Maine lobster.

Why? Citing marine-life hazards and over-harvesting, Whole Foods said it will no longer make Maine lobster available at its roughly 500 stores nationwide "as part of our commitment to responsible sourcing.” 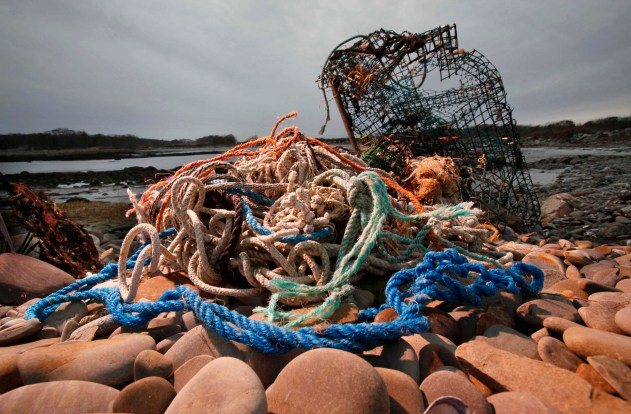 One of the monitoring organizations, the Marine Stewardship Council (MSC), suspended its certification of the fishery on Nov. 16, just two months after California-based Monterey Bay Aquarium’s Seafood Watch program downgraded Maine lobsters to its red list, urging consumers to avoid them. Both groups worry that the lines and equipment involved in lobster traps, including pots and gill nets, are known to entangle over-fished and at-risk species like the endangered North Atlantic right whales, causing serious injury and death.

“This serious and tragic situation is of grave concern to all those involved in the fishing industry,” said officials with MSC, noting that over the past decade, “climate-driven shifts in habitats and food sources have impacted right whale migration patterns, contributing to more interactions between right whales, fishing gear and shipping vessels.”

Right whales are protected under federal conservation laws like the Marine Mammal Protection Act and the Endangered Species Act, which are implemented by the National Oceanic and Atmospheric Administration (NOAA), which is part of the U.S. Department of Commerce. The whales have experienced a 25% decline in numbers over the past decade, with fewer than 340 on Earth today, according to Seafood Watch.

Whole Foods said it will resume buying Maine lobster once the MSC suspension is lifted or until Seafood Watch reinstates its yellow or green rating of the fishery. MSC runs the largest seafood certification program in the world.

“These third-party verifications and ratings are critical to maintaining the integrity of our standards for all wild-caught seafood found in our seafood department,” a Whole Foods spokesperson said in a statement to the Portland Press Herald. “…We are closely monitoring this situation and are committed to working with suppliers, fisheries and environmental advocacy groups as it develops."

The MSC’s suspension will take effect Dec. 15, which means shoppers will still be able to find already stocked Maine lobster at Whole Foods through quite possibly the end of the year. The U.S. grocer, which is owned by Amazon, also sources lobster outside of the Gulf of Maine, including from Canada.

Fishing industry advocates argue that being frozen out of Whole Foods will have a detrimental impact on Maine’s lobster fisheries.

Officials with the Maine Lobstermen's Association decried the supermarket giant’s move, arguing that hundreds of livelihoods and fishing families will be affected.

Politicians in Maine, where the lobster industry is crucial, have even gotten involved. Maine Gov. Janet Mills, Sens. Angus King and Susan Collins, and Reps. Chellie Pingree and Jared Golden have called on Seafood Watch to reverse what they called an “irresponsible decision” and “aggressive action.” The state's elected leaders said Whole Foods is following misguided environmental propaganda, not actual marine science.

“The recent decision by Monterey Bay Aquarium’s Seafood Watch to ‘Red List’ Maine lobster with scant evidence of impacts on right whales is a reckless piece of activism that will inflict substantial negative real-world consequences on an important and iconic industry in Maine,” the Maine delegation wrote in a joint statement in September.

Maine is the country’s largest supplier of lobster, accounting for 82% of U.S. lobster landings. 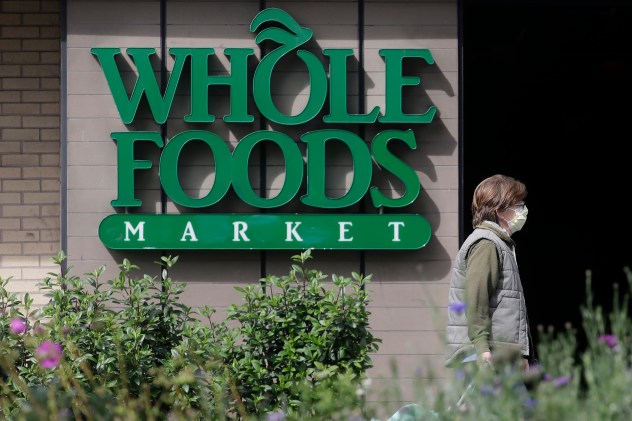 A pedestrian walks past a sign for a Whole Foods Market in San Francisco on March 31, 2020. (AP Photo/Jeff Chiu)

When Seafood Watch placed shrimp from Louisiana on its red list in 2013, it led to a significant drop in sales.

“It's sort of like being kicked while you're down is what it feels like, to have people pull lobster from the shelves,” Faulkingham told AccuWeather. “We pride ourselves in our environmentalism. We live off of the sea and no one cares more about it than we do and to be sort of thrown under the bus like we're not environmentalists, is really insulting.”

Marianne Lacroix, executive director of the Maine Lobster Marketing Collaborative, said fishermen have been working for 25 years to ensure that their gear is safe for right whales. "So for a major customer (like Whole Foods) not to carry the product, it's not just disappointing but obviously can also impact their businesses," she told Maine Public.

Whole Foods was not the first retailer to take lobster off the menu over sustainability concerns. At-home meal kit companies like HelloFresh and Blue Apron had also stopped using Maine lobster back in September. 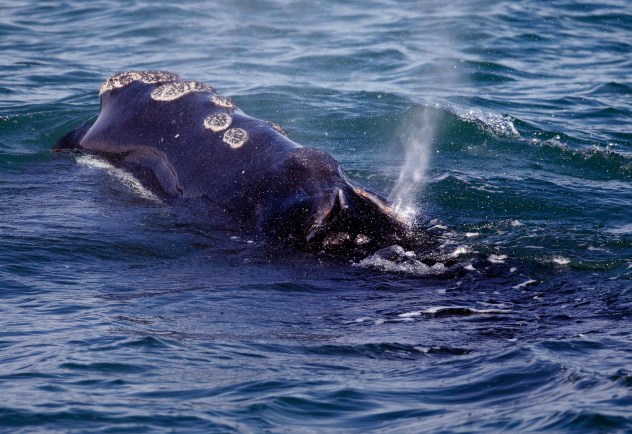 A North Atlantic right whale feeds on the surface of Cape Cod Bay off the coast of Plymouth, Mass., on March 28, 2018. (AP Photo/Michael Dwyer, File)

How to stay warm during a power outage in the winter