Without congressional action, a rail strike could have become a reality as early as Dec. 9, causing shortages, spiking prices and halting factory production. 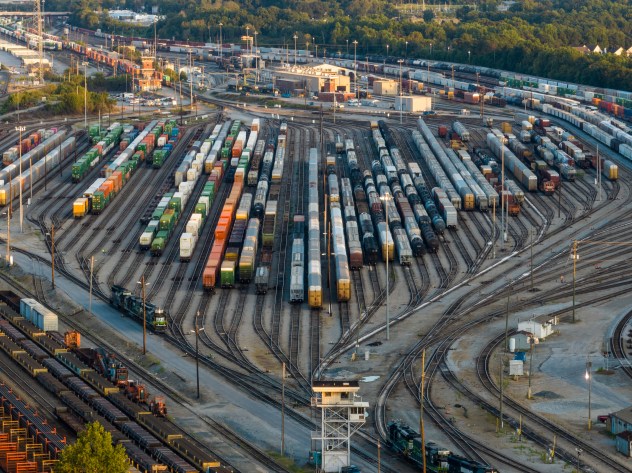 Freight train cars sit in a Norfolk Southern rail yard on Sept. 14, 2022, in Atlanta. The Biden administration said the U.S. economy would have faced a severe economic shock if senators had not passed legislation to avert a rail worker strike. (AP Photo/Danny Karnik, File)

(CNN) -- The U.S. Senate on Thursday passed legislation to avert a rail shutdown following a grave warning from President Joe Biden about the economic danger posed by a strike.

The House passed the tentative rail agreement on Wednesday. The measure can now be sent to the president to be signed into law. The vote came after pressure had mounted on lawmakers to act swiftly. Senate Majority Leader Chuck Schumer said earlier on Thursday that the Senate "cannot leave until we get the job done." The final vote in the Senate was 80 to 15.

Without congressional action, a rail strike could have become a reality as early as Dec. 9, causing shortages, spiking prices and halting factory production. It could also have disrupted commuter rail services for up to seven million travelers a day and the transportation of 6,300 carloads of food and farm products a day, among other items, according to a collection of business groups.

One potential complication in the effort to pass a bill had been a push by progressives to add a provision to the agreement related to paid sick leave.

On Thursday, the Senate failed to pass a House-passed paid sick leave measure backed by progressives.

President Biden defended his administration's efforts to avert a rail strike on Thursday, despite criticism from union leaders that a deal brokered by the White House did not meet workers' demands for paid leave.

"I negotiated a contract no one else could negotiate -- the only thing that was left out was whether or not there was a paid leave," Biden told reporters in the White House East Room. "You know, I've been trying to get paid leave, not just rail workers, but for everybody."

By a 290 to 137 vote, the House passed the tentative rail agreement that will prevent a rail strike. The vote was largely bipartisan, with 79 Republicans joining Democrats in voting for the bill. Eight Democrats voted against the bill.

In a separate vote, the House also voted 221 to 207 to add the paid sick leave backed by progressives to the rail agreement.

A freight rail strike could cost the US economy $1 billion in its first week alone, according to a new analysis from the Anderson Economic Group.

As a result, Biden had pushed Congress to "immediately" pass the legislation to avert a shutdown.

Calling himself a "proud pro-labor President," Biden said in his Monday statement, "I am reluctant to override the ratification procedures and the views of those who voted against the agreement. But in this case -- where the economic impact of a shutdown would hurt millions of other working people and families -- I believe Congress must use its powers to adopt this deal."

A rail shutdown, Biden warned, would "devastate the economy."