Officials reopened part of the famed national park on Wednesday, but residents in one nearby city are worried that too much damage has been done to provide a successful summer tourism season.

Yellowstone National Park announced some entrances of the park will have a limited reopening this Wednesday. Officials say they’re continuing to work on access solutions to damaged entrances.

The Yellowstone Wildlife Sanctuary in Red Lodge, Montana, is where numerous animals such as foxes, coyotes and black bears that can no longer live on their own in the wild are taken in and cared for in a safer environment.

Now, the sanctuary itself is the one needing rescue, after a historic flooding event at Yellowstone National Park this past week temporarily caused the closure of all entrances. This includes the northeast entrance, the road to which is where Red Lodge lies. The Yellowstone area received four times the normal amount of rainfall since the beginning of June, with one month's worth of rain falling on Sunday, June 12. By the next day, the situation had become severe enough that some 10,000 people were forced to evacuate the park.

The park's southern loop reopened Wednesday, with the northern loop expected to reopen within the next two weeks after cleanup and repair work wrap up. On June 19, National Park Service Director Chuck Sams announced a $50 million emergency funding plan to begin recovery efforts after what was called a "1-in-500 year event." The flooding prevented tourists from passing through the park area, as well as the quaint Red Lodge community and its wildlife sanctuary. 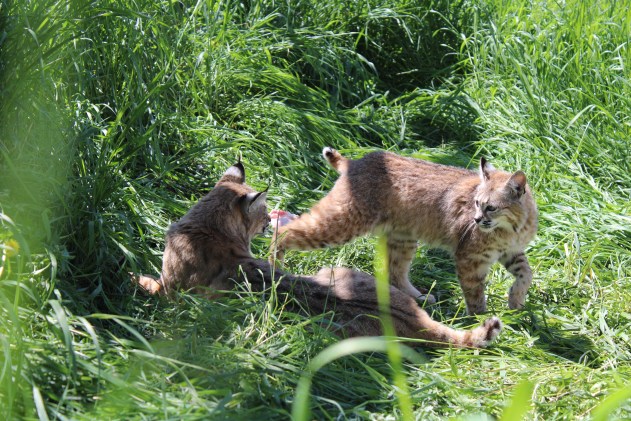 "We completely rely on tourism," Eden Wondra, the education manager at the sanctuary, told AccuWeather National Reporter Jillian Angeline. In addition to housing a number of species that are in need of living assistance. the sanctuary also holds a variety of educational events for local youth, cultivating what it calls a "culture of care that will bring back the human-nature connection."

Red Lodge, with a population of just over 2,000 residents, has been cut off from visitors since the flooding and is preparing for a summer season that could result in a drop in tourism. For Yellowstone's 150th anniversary, the park had been expecting at least 1 million tourists, a plan that has been put on hold due to the damaging floods.

"Without the numbers of tourists that we typically get in the summer, we are definitely going to take a hit financially," Wondra stated.

In addition to a potential sharp drop in tourism, the Red Lodge area is also dealing with the post-flood cleanup process. The town's latest difficulties come on the heels of the drop in visitors over the past several years due to the COVID-19 pandemic as well as damaging forest fires. 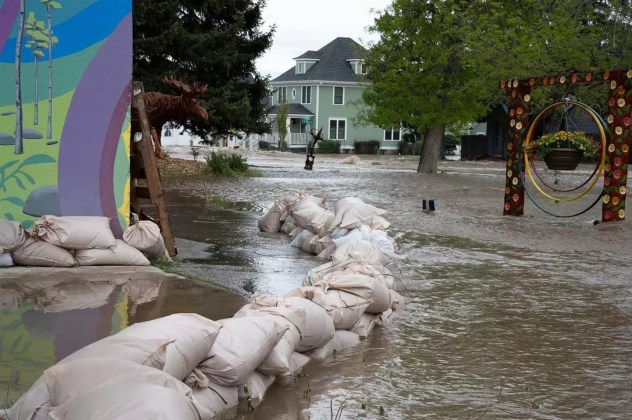 Sandbags were put down by locals in Red Lodge, Montana, to divert floodwaters away from homes and businesses in the wake of the historic floods at Yellowstone National Park. (Photo via Red Lodge Area Community Foundation)

However, as local officials explain, the flooding event has been a unique challenge that brought the community together.

"I'm so proud of our community," said Tracy Timmons, executive director of the Red Lodge Area Community Foundation. "It was amazing. People got (others) out of houses (during the flooding) ... then as the sun broke, people were getting sandbags to try and divert the water." 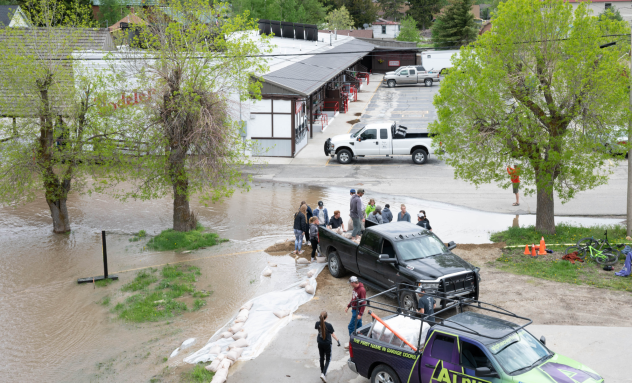 Residents of Red Lodge, Montana, a town northeast of Yellowstone National Park, are seen trying to control floodwaters after the historic flooding of Yellowstone in June 2022. (Schyler Allyn)

Another significant factor in the wake of the flooding is the lack of flood insurance among the many residents and business owners who have been impacted, which is making the rebuilding challenge even more difficult. Many area homesteads were not in a flood plain area, thus forcing homeowners to forgo flood insurance and creating a lack of funding to help repair homes properly. As Timmons put it, "the water got everywhere."

"People are bringing trailers and campers up (for those displaced), which will work a little bit for the summer season, but it will absolutely not work for the winter season," Timmons said.

The community foundation, in response, has set up the Carbon County Disaster Relief Fund for those within the county, including Red Lodge and surrounding areas. The fund aids the affected residents by helping to "stabilize the immediate flooding impacts and shift into recovery efforts." 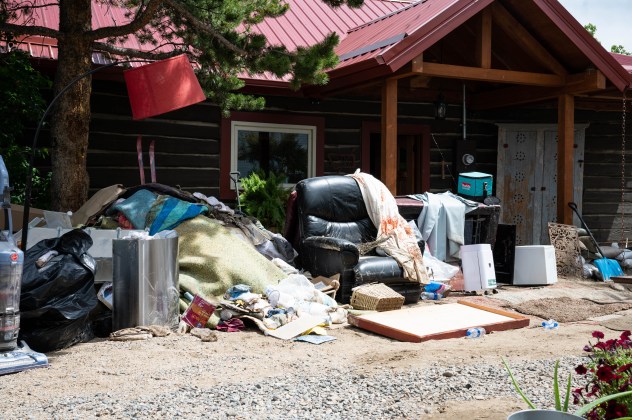 Donations to the fund can be given through the foundation's website and will be matched dollar-for-dollar up to $25,000 by the local Bank of Red Lodge. Donations of goods are being coordinated with the American Red Cross.

Volunteering is also an option for those in the area, or those willing to make the trip to southern Montana. Arrangements to help volunteer can be set up through the Carbon County Alert website.